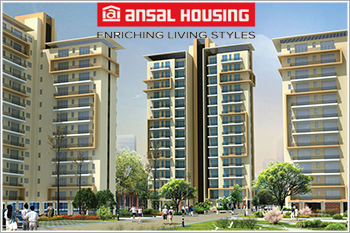 Ansal Housing on Friday informed that the company and its subsidiary companies had faced multiple Ransomware attacks since February 26, 2021, consequent upon which the email system had been significantly impacted resulting in non-receipt of any email communication on the email accounts on the domains namely 'ansals.com' and 'sems.in'.

Ansal Housing said that there may be some data loss also as a result of the Virus Attacks about which we are not aware of at this point in time.

According to the regulatory filing, the first series of the Virus Attacks had disrupted the company's email system during the period starting from 26th February 2021 till 6th March 2021 and from 7th March 2021, the email services could be restored.

However, on March 26, 2021, Ansal Housing said that the server faced the second series of Virus Attacks resulting in a disruption in the email system. The same could be restored by 4th April 2021 however, none of the emails received during the above periods could be recovered.

That said, Ansal Housing says, "For taking corrective actions, the Company had availed the services of PC Solutions Private Limited who performed the Security Audit for the Perimeter Firewall of the IT Infrastructure and gave their recommendations in order to be prevented from such Virus Attacks in the future."

Further, Ansal Housing informed that the company is not aware of any of the communications sent to any of the officials of the Company on their official email accounts during the above-mentioned periods and therefore request the general public as well as the regulatory bodies to please resend the emails again to the concerned officials of the Company if any email was sent by them during the said time frames.