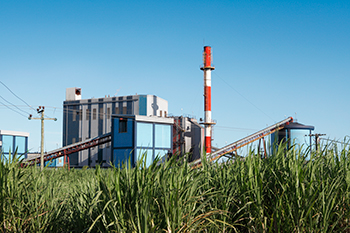 The promoter–manager family group of DSML comprises of two families, viz., the group represented by Mr. Gaurav Goel, or the GV Promoter Group, and the group represented by Mr. Gautam Goel or the GT Promoter Group. Mr. Gaurav Goel and Mr. Gautam Goel are presently the managing directors of DSML, as per Ministry of Corporate Affairs.

DSML is a public company, limited by shares, incorporated under the provisions of the Companies Act, 1913.

At present, DSML has five manufacturing units situated in the state of Uttar Pradesh. DSML has manufacturing facilities of sugar, power, industrial alcohol, ethanol, chemicals and potable alcohol with different capacities. The equity shares of DSML are listed on the Stock Exchanges.

DBOL is a public company, limited by shares, incorporated under the provisions of the Companies Act, 2013. At present, all the shares of the DBOL are held by DSML and its nominees, such that DBOL is a wholly-owned subsidiary of DSML. The objects of DSML are similar to those of DBOL, i.e. to carry out the dealing in and manufacturing of sugar, power and industrial alcohol, ethanol, chemicals and potable alcohol. However, at present, DBOL is yet to commence operations.