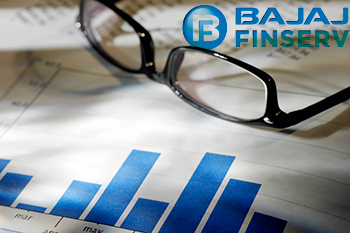 Bajaj Finserv stock was in the fast lane on Monday despite the company's announcement for deferring the investment of Rs342cr in wholly-owned subsidiary Bajaj Finserv Direct Limited (BFSD). Earlier in July this year, the company's board had approved the proposal to invest in BFSD.

However, on September 17, Bajaj Finserv said that "we wish to inform you that in line with above approval, infusion of the abovesaid amount has been deferred and will be completed in one or more tranches by the end of the current financial year."

The investment in BFSD would be undertaken at an arms-length price based on an independent valuation report.

In the BFSD, the total investment envisaged by Bajaj Finserv is up to Rs342cr, while the investment by Bajaj Finance would be Rs284cr. The investments would be in the form of Equity shares and/or Convertible Loans or Security into Equity Shares.

BFSD is primarily engaged in the business of distribution of financial products through the digital marketplace.

The investment is intended to support the existing line of businesses.

Post the total investment, Bajaj Finserv will continue to hold 80.10% of the shareholding in BFSD, while the remaining 19.9% will be held by Bajaj Finance.