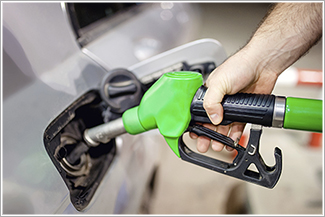 The BSE Oil & Gas index trading flat as selling pressure seen in IGL and ONGC. HPCL climbed 3%, GSPL and Castrol were also gained 2% each, followed by BPCL, Reliance, IOC and Petronet were up 1%, respectively.

GAIL is trading flat on the BSE Oil & Gas index.

Indraprastha Gas Ltd, the largest CNG distribution company of the country, reported a 12% rise in March quarter net profit on the back of higher gas sales.

For Q4FY20, PAT margin reported an increase of 167bps and stood at ~14.5% as against PAT margin of ~12.8% in Q4FY19. Lower tax expenses coupled with higher gas sales helped the company achieve ~12% yoy growth in net profit.

Meanwhile, petrol price and diesel price were hiked for the 12th consecutive day. Petrol price was hiked by 53 paise per litre and diesel by 64 paise a litre in the national capital.

According to data from Indian Oil Corporation, petrol price in Delhi was hiked to Rs77.81 per litre, while diesel rates were increased to Rs76.43 a litre.

Zee Entertainment and UPL were the Nifty50 top gainers while ONGC, Adani Ports remained top losers in the morning trade.