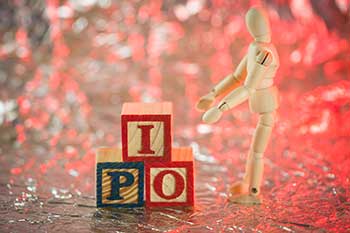 Barbeque Nation Hospitality Limited, the single largest player in the organised dining space has refiled a fresh draft red herring prospectus (DRHP) with the Securities and Exchange Board of India (SEBI) for an initial public offering (IPO). The Issue comprises a fresh issue of shares of ₹275 and an offer for sale of up to 98,22,947 equity shares. The Company may consider to do a pre ipo placement not exceeding ₹150 crore, as stated in the DRHP.

The promoters of BNHL are Sayaji Hotels, Sayaji Housekeeping Services, Kayum Dhanani, Raoof Dhanani and Suchitra Dhanani and is backed by private equity investor, CX Partners who made its first investment 2013 and again in 2015.

According to market sources, the Issue size will approximately be between Rs1,000-1,200cr. The proceeds of the issue will be utilized to repay an outstanding borrowing of Rs205cr in part or full and general corporate purposes.

As a part of its expansion plans, BNHL which pioneered the format of over the table barbeque concept in indian restaurants, has diversified itself, the cuisine offered and customer segement outreach by recently acquiring 61.35% stake in Red Apple Kitchen which owns a well-established brand, Toscano, a casual dining Italian restaurant chain which currently has 10 outlets operating across Bengaluru and Chennai. Additionally through its existing kitchen infrastructure, it launched UBQ in November 2018 to provide a la carte Indian cuisine in the value segement which is currently being availed by delivery across 71 cities.

Since its earlier filing in August 2017, the fast growing restaurant chain has opened up 59 new outlets and is currently operating 138 outlets across 78 cities across 24 states in India and 7 outlets in UAE, Oman and Malaysia. The restaurant has seen 14.29 % CAGR increase in its in dining covers in India which has grown from 6.86 mn in FY17 to 8.96 mn in FY19, pillared by referrals and recommendations of customers.

According to Technopak, the chain CDR market is one of the fastest growing segments in the Indian restaurant Industry and is projected to grow at a CAGR of 20% between FY19-FY24.