Diabetes can damage your kidney

As many as 30-40% of kidney failures happen in diabetics; a large number can be prevented with proper care and management 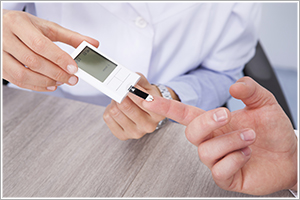 If you fall in any one of the above categories, you need to sit up and take note. A disorder with far reaching consequences, diabetes is not just a malfunction of glucose metabolism in the body, it is an ailment that systematically effects different organs of the body one after the other.

There is a close connection between diabetes, blood pressure, heart ailment and kidney failures. A person with diabetes is at the risk of all these conditions and needs persistent management to keep his or her sugar levels under control.

“Diabetes, cardiovascular diseases and kidney function are all closely connected. Most of the time there is an overlap of these problems in a patient as one thing leads to the other. People who have diabetes are at an increased risk of developing heart disease as well as kidney failure; and both the consequences can be fatal if not detected and controlled on time. However, there is a gross lack of awareness among people about the severity of this threat. Most people tend to take diabetes very lightly,” says Dr P N Gupta, Senior Consultant Nephrologist, Paras Hospitals, Gurgaon.

Dr PN Gupta also states that, “India is the diabetes capital of the world. It is necessary to understand that kidney complication is the most prevalent secondary aspect that shall be developing in all patients. With the passage of time one can expect India to be known as the next Kidney Disease capital of the world.”

Early detection is hence the key to saving a large number of lives. It is crucial to detect the patient who has diabetes and blood pressure in time to take corrective and preventive measures. Timely detection can only be done if people are regularly screened and checked for abnormal blood sugar levels.

People with diabetes often experience sweating on the face and feet, they develop loss of appetite, experience breathlessness when they work. They are prone to feeling weak and tired. However, these are all non specific symptoms which can at best be regarded as indicators.

“If you have a family history of diabetes with any one of your parents having the disorder, you need to be strictly at guard and start getting yourself screened regularly after you turn 30. If you are identified at a pre-diabetic stage, effective measures can be taken to prevent the progression of the disorder. This can prevent a number of functional complications that accompany diabetes,” says Dr Gupta.

As cardiovascular diseases and diabetes take alarming proportions in India, this will automatically lead to increased cases of renal disorders and failures, necessitating more transplants and dialysis.

“We need to incorporate some early screening programmes in our healthcare system to detect these cases, so that they can be managed in the best possible way. Diabetes screening should be encouraged in people with a family history of the disorder. At the same time, kidney function tests should be regularly conducted in people living with diabetes and cardiac ailments,” says Dr Gupta.

If diabetes is diagnosed, early the greater the chances of keeping the blood sugar levels under check and preventing a kidney disorder. The early a kidney dysfunction is diagnosed, the better the chances of preventing its progression to a stage when dialysis or transplant are the only option left.Any patient whose kidney functions less than 15%, has only 2 ways to live - either he goes on dialysis or he gets a transplant, which are both difficult options. Hence, the minuteyou realize that you are diabetic or a cardiac patient, you should get screened for kidney function also through Urine Analysis and Serum Creatinine tests.​