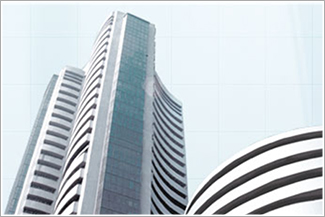 In line with the expectations of the markets and analysts, the Reserve Bank of India, in its first bi-monthly Policy Statement for FY17, decided to cut interest rates by 25 bps. The new repo rate fixed by RBI is 6.50%, with reverse repo rate being raised to 6%. CRR remains unchanged at 4%. The marginal standing facility (MSF) rate is adjusted to 7%. The bank rate that is aligned to the MSF rate also stands adjusted to 7%. Overall, the policy stance remains accommodative, with the focus clearly on smoothening liquidity. The central bank will continue to monitor macroeconomic developments and ensuing inflationary and growth numbers, with the window open to further moderation in the policy rates. We expect RBI to trim the repo rate by 25-50bps during this calendar year.

Prime Minister Narendra Modi launched the ‘Stand up India’ to support entrepreneurship among women and SC & ST communities. The market too will hope to stand up after the drubbing it received on Tuesday. The outlook is a flat to positive start. With monetary policy now behind us, market would be awaiting the release of March Nikkei Services PMI data. Asian markets are mixed with Nikkei trading higher.  China's CSI300 is down while Hong Kong's Hang Seng and South Korea's Kospi are flat.

US stock indices declined for the second day running amid ongoing concerns about the sluggish global economic growth. In a speech at a German university, IMF MD Christine Lagarde called on nations across the globe to boost growth, warning that risks to global growth are rising.

A gauge of service-sector activity suggested that first quarter US GDP growth might not be as bad as some had expected. The Institute for Supply Management (ISM) services index rose to 54.5 in March, up from 53.4 in February. Official data showed that the US trade deficit widened by a slightly greater margin than economists had expected in February, with the deficit climbing 2.6% to US$47.1 billion due to higher imports.

Government is looking at ways to ensure transmission of monetary action on the ground as there is no silver bullet that can deal with the rate cut issue, Minister of State for Finance Jayant Sinha reportedly said.

Swiss private equity fund Partners Group is in talks to sell domestic IT services company CSS Corp, according to reports.