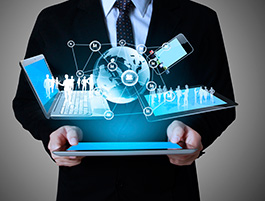 These initiatives include collaborations with Coursera and GitHub, which aim to reach millions of developers globally.

IBM launched new global programs and tools designed to propel developers’ skills and advance their careers around cloud and emerging technologies, such as cognitive and IoT. These initiatives include collaborations with Coursera and GitHub, which aim to reach millions of developers globally.

The announcements were unveiled in Bangalore at IBM DeveloperConnect to more than 10,000 developers across India, who attended in person or virtually via Livestream. Key highlights of the news include:

- The general availability of GitHub Enterprise on Bluemix Dedicated, the first collaborative coding platform delivered as a managed service

The news builds on the initiatives and investments IBM has already made in India, including the IBM Cloud data center in Chennai, which opened in 2015 to provide a local onramp to high-performing infrastructure as a service. Additionally, over the past year, IBM has launched three digital hubs with NASSCOM to connect Indian developers and startups with local resources and networking opportunities, and it has collaborated with developer partners TEXTIENT and InspireOne Technologies to bring cognitive solutions to the Indian market via the IBM Watson Ecosystem.

According to Evans Data Corp., the total worldwide developer population will exceed 25 million by 2020, with India expected to become the world’s largest developer ecosystem by 2018. Indian developers are already embracing cloud and emerging technologies, including cognitive computing, faster than their global peers.

“The world will be re-written in code and much of it will be done right here in India,” said Vanitha Narayanan, Managing Director, IBM India Private Limited. “Developers are an integral part of a new India that is underpinned by digital transformation. IBM’s leading capabilities in Watson, IoT, cloud, mobile and blockchain will help developers innovate and succeed. At IBM, we are committed to investing in this ecosystem and will continue to collaborate with developers for a progressive India.”

India's mineral production goes up by 6.1% during April-July 2022: Centre