Read Full Story
At 30.8 in May, the seasonally adjusted IHS Markit India Manufacturing PMI rose from 27.4 in April. The latest reading pointed to another substantial decline in the health of the Indian manufacturing sector, albeit one that was slightly softer than recorded in April 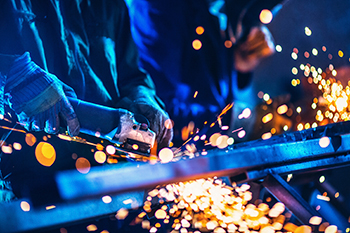 Weak demand from international markets added to the deteriorating sales trend, with new business from abroad plunging further in May. Anecdotal evidence suggested that global measures to stem the spread of COVID-19 continued to stifle exports. Faced with a further deterioration in demand conditions, firms continued to cut back production midway through the second quarter. The reduction was slower than April's unprecedented decline, but still severe overall.

Lower production requirements saw Indian manufacturers continue to reduce worker numbers in May. Moreover, the rate of workforce contraction accelerated to the fastest in the survey's history, eclipsing the previous record set in April. Similarly, goods producers needed fewer physical inputs in May and subsequently pared back their purchasing activity. The pace of decline was softer than in April, but remained historically marked.

Commenting on the latest survey results, Eliot Kerr, Economist at IHS Markit, said: "The latest PMI data suggested that Indian manufacturing output fell further in May. This result is particularly poignant given the record contraction in April which was driven by widespread business closures. The further reduction in May highlights the challenges that businesses might face in the recovery from this crisis, with demand remaining subdued while the longevity of the pandemic remains uncertain."