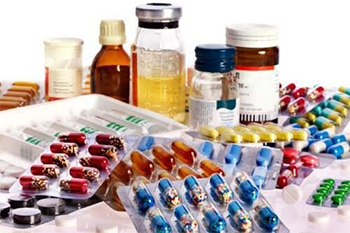 According to the Research Analyst Ken Research, The usage of technology in healthcare system of India has radically changed the market dynamics, since the advent of ICT in healthcare market. E-Healthcare technologies can help in easy access of healthcare services to patients in rural India. This is anticipated to save traveling time and money for availing expert opinion but more important it will make a rural Indian healthier. E-Health services and equipments market in India has outperformed and has grown at a CAGR of 20.4% during the period FY’2010-FY’2015. The contribution in revenues was entirely made by IT healthcare technology which has offered extensive convenience to the hospitals, pharmacies and laboratories to track patient’s information. Despite of the extensive growth for e-health services and equipment market in India, the segment will never be able to replace face to face consultation with doctor, at clinic or in hospital.

India Telemedicine Market has been segmented by service areas such as Tele-radiology, Tele-consultation, Tele-ophthalmology, Tele-ICU, Tele-dermatology, Tele-surgery, Tele- pathology and Tele-psychiatry. The telemedicine market has been largely dominated by Tele-radiology. Tele-radiology involves the electronic transmission of patient’s radiographic images such as x-ray, CT scan or MRI from one location to radiologist sitting at another location for interpretation. Tele-consultancy is the second largest contributor to the revenue earned by Indian telemedicine industry during FY’2015. Tele-consultancy is defined as audio and video communication link between the patient and the doctor or between doctors of different disciplines. Tele-ICU has been regarded as the third largest category in the telemedicine market of India. according to the Research Analyst, Ken Research.

India consumers, particularly the younger and middle age groups are increasingly becoming aware and inclining towards e-health marketplace services. There exists a huge market demand of online consultations with the doctors as it helps patients to get medical advice from experts of particular disease from anywhere in the world. With the advent of e-health marketplace geographies or physical distance has not existed as the barrier. Due to easy accessibility, convenience and affordability several patients are opting for e-health marketplace services as patients do not have to stand in long queues waiting outside the hospitals.