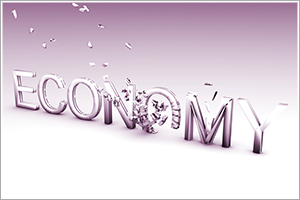 Indian economic growth expected to improve to 7.7% in FY17: ICRA

Although the fresh project pipeline appears robust, commencement of work will lag announcements, given moderate capacity utilization in some sectors. A sizeable portion of the planned rise of Rs. 1.2 trillion in Central Plan Outlay in 2016-17 is to be funded through extra-budgetary sources, progress on which will influence the pace of infrastructure augmentation and economic growth. In ICRA’s view, Indian economic growth is expected to improve to 7.7% in FY17.
UPDATE ON PROJECT ACTIVITY:
Capacity utilisation declined to 70.6% in Q2FY16 from 73.6% in Q2FY15 (Source: Order Books, Inventories and Capacity Utilisation Survey conducted by the Reserve Bank of India).
New project announcements in Q3FY16 stood at Rs. 1.2 trillion, concentrated in electricity, machinery, transport equipment, transport services and miscellaneous services.
On a year-on-year (y-o-y) basis, new projects declined by 69.5% in Q3FY16, on account of an unfavourable base effect.
Value of revived projects improved to a four quarter high Rs. 0.4 trillion in Q3FY16, while remaining low; facilitation of clearances, lower input costs for firms are not sufficient to revive investment plans in the absence of a pickup in demand.
Project completion declined by 12.8% on a y-o-y basis to Rs. 0.8 trillion in Q3FY16, which was dominated by electricity, transport services, construction & real estate.
A limited Rs. 0.2 trillion of projects stalled in Q3FY16, smaller than the value of revived projects after a gap of 30 quarters.
Structural issues continue to affect a considerable portion of the existing project pipeline. More than two-thirds of the projects of Rs. 32.2 trillion submitted to the Cabinet Committee on Investment (CCI) are concentrated in the power, steel and petroleum & natural gas sectors.
Power transmission capacity has recorded a 47.3% expansion in April 2015-Jan 2016. Additionally, 9 States have signed MoU’s with the Government of India (GoI) for the UDAY Scheme (covering around 43% of the Discom debt outstanding of Rs. 4.3 trillion), the objective of which is the financial turnaround of the State-owned Electricity Distribution Companies (Discoms).
UPDATE ON FINANCING:
Aggregate external commercial borrowings (ECB) volumes decline to USD 21.5 billion in April 2015-January 2016 from USD 23.5 billion in April 2014-January 2015, dampened by reduction in financing for import of capital goods, power and refinancing of earlier loans.
Adjusted for refinancing, ECB inflows in April 2015-January 2016 decline to USD 13.2 billion from USD 14.6 in the year-ago period.
Domestic equity issuance eased by 6.5% to Rs. 551.2 billion in April 2015-January 2016.  Net of disinvestment, domestic equity issuance rose by a moderate 6.2% in the same time period.
UPDATE ON UNION GOVERNMENT FINANCES:
Growth of GoI’s net tax revenues picks up in December 2015-January 2016; five rounds of fresh hikes in excise duty on fuels since November 2015 to boost tax revenues by Rs. 170 billion in last five months of FY16
Revenue expenditure growth remains steady in recent months; growth at 2.7% in April 2015-January 2016, lower than the level targeted in the Revised Estimates (RE) for 2015-16 (5.5%)
Growth of capital expenditure rises above 40% in April 2015-January 2016, twice as high as level targeted in RE for 2015-16 and higher than trend in the same months of 2013 and 2014
UPDATE ON SECTORAL GROWTH TRENDS:
GDP growth moderated to 7.3% in Q3FY16 from 7.7% in Q2FY16, led by slowdown in growth of gross fixed capital formation to 2.8% from 7.6%.
Growth of gross value added (GVA) at basic prices eased to 7.1% in Q3FY16 from 7.5% in Q2FY16, led by a 1.0% y-o-y contraction in agriculture, forestry & fishing in Q3FY16 (2.0% growth in Q2FY16).
Pickup in consumption post implementation of the SCPC’s recommendations and OROP scheme for the defence services as well as a potential upturn in rural demand presuming a normal monsoon, are likely to boost economic growth in FY17.
Lack of fiscal space has restricted growth of capital spending at 3.9% in the GoI’s Budget Estimates (BE) for 2016-17. Substantial portion of announced increase of Rs. 1.2 trillion in Central Plan Outlay in 2016-17 to be funded through extra budgetary sources, progress on which will influence the pace of infrastructure augmentation and economic growth.
Growth of GVA at basic prices is expected to improve to 7.7% in FY17.

ICRA: Massive five-fold increase in capacity in Indian Data Centres with investments of Rs1.05 to 1.20 lakh crore in pipeline