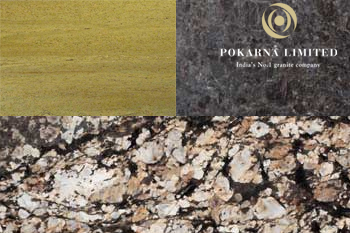 Pokarna Ltd has informed that the Board of Directors on 21st June, 2021, has re-appointed Gautam Chand Jain as Chairman and Managing Director of the Company for further period of 5 years with effect from 1st July, 2021.

Gautam Chand Jain, the visionary and the Chief Promoter of Pokarna Group was born on 15th August, 1955. He initially started off with the family business of retailing and wholesaling of Raymond Fabrics in 1979-80 and within a very short span of time, he earned the distinction of being Raymond's top distributor in India.

It was in the year 1991, that Gautam Chand Jain envisioned and ventured into the business of natural stones and started off with granite business. With the production of very high quality granite products and aggressive marketing strategies m place, the company surged ahead and became one of the favourites and sought after in the granite industry both in domestic and international markets.

The demand for the company's products surged in America and the products became one of the favourites in the American market, which was once averse to Indian companies. The company took head on with the world leaders in the stone business - the Italians and has been successful in making a mark in the global stone industry.

It was another feather to the cap, when Pokama Limited, under Gautam Chand Jain's able guidance successfully diversified into apparel manufacturing during 2003 - 04 and within a span of few years could establish a brand, STANZA in the domestic market under which Pokarna Limited.

The idea of entering into the business of engineered stone was conceived by Gautam Chand Jain in the year 2006 and the same was realized with the setting up and operationalizing a green field project in Andhra Pradesh, India, which is first of its kind in India.