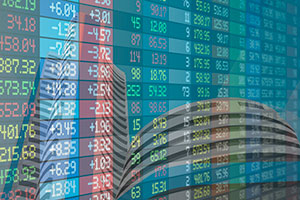 Equity benchmark indices were trading in a narrow range with a positive bias on Wednesday. Nifty Midcap 50 was up 3% while BSE Midcap index was up 1.6%, while, Nifty Smallcap 50 and BSE Smallcap index were up 1.3% each.

Among sectoral front, Banking and finance sector stocks were trading with losses with HDFC was the worst-performing stock, followed by Kotak Mahindra Bank and HDFC Bank were the other top drags.

Shares of ITC zoomed 1% with a market capitalisation returned to Rs3 trillion-mark. The company is the biggest cigarette and second largest fast moving consumer goods (FMCG) company hit a 21-month high on the bourses.  The stock hit a 52-week high of Rs245.80 on the BSE.

Meanwhile, tyre companies stock were in demand with most of the frontline stocks trading higher on the expectation of improvement in demand. Apollo Tyres, Balrishna Industries, JK Tyre, MRF and Ceat were up in the range of 3-5% respectively on the BSE.

Balkrishna was the top gainer soaring by 6.3% after touching a new 52-week high of Rs2,710 per piece.