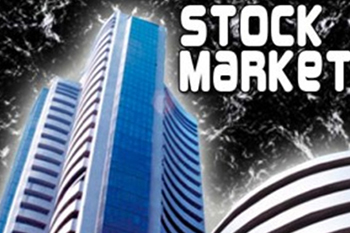 Global Vectra Helicorp hit 5% upper circuit at Rs.81.95 after the company has inked a Memorandum of Understanding (MoU) with Era Group Inc. (Era) to jointly develop Helicopter Emergency Medical Services (HEMS) for the Indian market. Under the MoU, GVHL and Era will collaborate on an exclusive basis to develop a marketing and operational plan to reach and provide medical assistance to casualties following accidents and disasters, evacuate critical care patients and engage in other lifesaving missions within India.

Vadilal Industries galloped 14.3% to Rs.608 on BSE. The company experienced a spurt in volumes by more than 7.03 times.

JSPL gained 1.7% to Rs.60.75 on BSE.Jindal Steel and Power (JSPL) subsidiary company- Jindal Power, has entered into a definitive agreement to divest 4.12 per cent holding in India Energy Exchange (IEX) at an undisclosed amount and is expected to realise the consideration within the current financial year. This step has been taken as a part of the monetisation plan.

Procter & Gamble's India slipped 1.7% to Rs,6,025 after the company said it had stopped manufacture and sale of its cough-and-cold medicine Vicks Action 500 Extra with immediate effect, after regulators banned it citing potential health risk. Though unclear how much the product contributed to P&G's sales.

Indiabulls Real Estate Ltd gained 2.1% to Rs.53.10 after the company said in a notice to BSE that it proposes to issue 700 secured, redeemable, non-convertible debentures of face value Rs.10 lakh each aggregating Rs.70 crore, on a private placement basis.

Zee Entertainment Enterprises slipped 3% to Rs.389.70 on BSE after the company said its board of directors approved in-principle an acquisition of 100% equity stake in Fly By Wire International, Bangalore.

Lupin cracked 5.5% to Rs.1,776.25 on BSE. According to media reports, USFDA gave 8-9 observations on the drug major’s Goa plant after inspection that ended on March 11.

SpiceJet climbed 2.7% to Rs.60.60 on BSE. The erstwhile promoters of the low-cost carrier SpiceJet, Kalanithi Maran and the current management led by Ajay Singh have decided to approach the Bombay Stock Exchange and the market regulator, Securities and Exchanges Board of India, to resolve the dispute related to the issuances of warrants to the former owners of the airline.

Sasken Communications Technologies Ltd jumped 11.5% to Rs.423. The company said its board will meet on 17 March to decide the interim dividend.

Ballarpur Industries slipped 4.7% to Rs.12.25 on BSE. As per media reports, lenders to the company were concerned over the company's Rs. 850 crore commercial papers coming up for repayment from end March, amid delays in selling of its Malaysian asset. On March 2, the company informed that the long stop date for sale of entire equity stake of 98.08% in Sabah Forest Industries Sdn. Bhd., Malaysia (SFI) by Ballarpur Paper Holdings B.V. (BPH), a step down subsidiary of the Company and holding company of SFI to Pandawa Sakti (Sabah) Sdn. Bhd., Malaysia (Purchaser) pursuant to the Share Sale Agreement, has been extended up to March 31, 2016, based on satisfactory discussions & written request of the Purchaser. Further, the performance guarantees of USD 22.50 Million executed in favour of BPH with respect to aforesaid transaction continue to be valid.

Kridhan Infra slipped 0.95% to Rs.94.20 after the company announced that it has entered into share purchase agreement with Singapore's leading EPC Company SWEE Hong Ltd for acquisition of up to 42% stake.