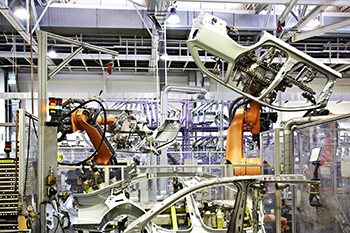 At 51.1 in February, unchanged from January’s reading, the seasonally adjusted Nikkei India Manufacturing Purchasing Managers’ Index(PMI)– a composite single-figure indicator of manufacturing performance – pointed to a second consecutive monthly improvement in business conditions across the sector.
Reflecting sustained growth of new work, Indian manufacturers raised their production volumes in February. That said, the rate of expansion eased since January and was marginal overall. Incoming new work increased for the second straight month and at the quickest rate since last September. According to survey members, underlying demand continued to improve. New business from abroad also rose, although February saw a loss of growth momentum.
Manufacturing business conditions in India continued to improve, with new orders, exports, output and purchasing activity all rising in February.However, a faster expansion in new business inflows failed to lift growth of output and workforce numbers were left broadly unchanged again. PMI data also highlighted a weaker rise in costs and the first reduction in selling prices since September 2015.
February data highlighted broadly unchanged levels of employment across the Indian manufacturing sector. Anecdotal evidence indicated that firms heldoff hiring amid an increasing degree of costconsciousnessin the face of relatively soft demandconditions.
Manufacturers’ buying levels rose for the second successive month, albeit at a weaker pace. Meanwhile, input stocks increased, whereas
holdings of finished goods declined for the eighth straight month.