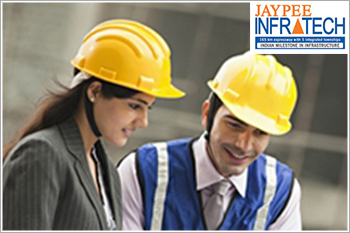 Tata Housing and the Lodha Group have filed initial bids for debt laden realtor and road builder Jaypee Infratech, according to a media report. The NCLT Allahabad bench had admitted IDBI Bank's insolvency proceedings against Jaypee Infratech in August, as it had failed to repay Rs526cr of loans. NCLT had appointed Anuj Jain as the interim resolution professional (IRP) to carry out proceedings under the Insolvency and Bankruptcy Code. In September, the Supreme Court stayed the process after Jaypee Infratech homebuyers appealed.

The media report stated that both the companies (Tata Housing and the Lodha Group) are interested in Jaypee's Yamuna Expressway, a prime concrete road project that starts at the eastern end of Noida-Greater Noida Expressway and runs up to Agra. The Yamuna Expressway carries heavy traffic at a toll of slightly more than Rs2 a kilometre for a car.  Jaypee Infratech also has extensive land bank, with facilities either proposed or already functioning in the immediate vicinity of the access-controlled motorway.

On January 4, the Reserve Bank of India had ordered banks not to initiate bankruptcy proceedings against Jaiprakash Associates, the parent of Jaypee Infratech, in likely anticipation of legal complications after a Supreme Court ruling barred its promoters from selling or transferring assets.

The bidders may need to infuse around Rs2,000cr to complete the projects already taken up by Jaypee Infratech, added the media report.

Jaypee Infratech’s total debt on books was about Rs8,300cr, with an interest overdue of Rs1,400cr, as on March 31, 2017. The group is now in the process of filing a resolution plan before the Supreme Court, which is expected to ensure a debt restructuring process, enabling the defaulting borrower to meet its obligation.


Jaypee Group has been in news recently, following is the link to

Jaypee group is expecting to complete the construction of remaining 24,000 flats in Noida by 2020