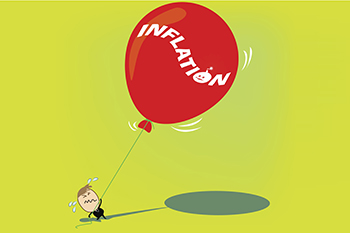 President Nicolas Maduro said Venezuela will begin to sell certificates backed by gold ingots as a savings mechanism starting next month, as per Bloomberg.

The certificates, backed by 1.5g and 2.5g of gold, are meant as tools for pensioners and others to save money and use as credit lines to acquire cars and other items, Maduro said in a televised address.

The gold is meant as a more stable way for Venezuelans to hold their diminishing funds as inflation in the socialist nation runs at over 100,000%.

“We have found the formula to advance towards socialism, equality and the development of national productive forces,” Maduro said, speaking from Venezuela’s Mint.

Earlier this month, Maduro announced a 95% currency devaluation and a minimum wage hike of more than 3,000%, decisions that were a tacit acceptance of the ubiquitous black-market exchange rate. They accompanied the roll-out of new banknotes that dropped five zeroes, the second time such a measure was implemented in the past decade, to simplify transactions.