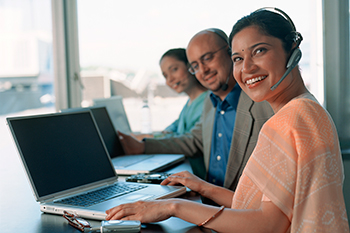 The Services sector, with a share of 55.2% in India’s Gross Value Added (GVA), continued to be the key driver of India’s economic growth contributing almost 72.5% of GVA growth in 2017-18, as stated in the Economic Survey 2017-18 tabled in the Parliament by the Union Minister for Finance and Corporate Affairs, Arun Jaitley. While the growth of Service Sector as a whole is expected to be at 8.3% in 2017-18, the growth in Services exports was 16.2% in H1 of 2017-18. The Government has taken many initiatives in the different Services which include digitization, e-visas, infrastructure status to Logistics, Start-up India, Schemes for the housing sector, etc. which could give a further fillip to the Services Sector.

Major Services’ Sector-wise performance and some recent Government policies to boost the growth of the sector are as follows:

Various initiatives have been taken by the Government to promote tourism include the introduction of the e-Visa facility under three categories of Tourist, Medical and Business for the citizens of 163 countries; launch of Global Media Campaign for 2017-18 on various Channels; launch of ‘The Heritage Trails’ to promote the World Heritage Sites in India; launch of International Media Campaign on various international TV channels; Celebration of ‘Paryatan Parv’ having 3 components namely ‘Dekho Apna Desh’ to encourage Indians to visit their own country, ‘Tourism for All’ with tourism events at sites across all states in the country, and ‘Tourism & Governance’ with interactive sessions & workshops with stakeholders on varied themes. FTAs on e-Tourist Visa grew by 143% to 10.8 lakh in 2016, and further grew by 57.2% to 17.0 lakh during 2017.

To further promote this sector, many initiatives have been taken, which include the establishment of BPO Promotion and Common Services Centres to help create digital inclusion and equitable growth and provide employment to 1.45 lakh persons, mostly in the small towns; setting up a separate Northeast BPO promotion Scheme with 5000 seats and having employment potential of 15000 persons; preparing the draft Open Data Protection Policy law; besides long-term initiatives like Digital India, Make in India, Smart Cities, e-Governance, push for digital talent through Skill India, drive towards a cashless economy and efforts to kindle innovation through Start-up India.

The Indian Real Estate sector has begun to show signs of improvement with the total FDI of US$ 257mn in H1 2017, which is more than double the total FDI in 2016 full year.

Some of the recent reforms and policies taken by the Government of India related to Real Estate Sector include the Pradhan Mantri Awas Yojana (PMAY) with the government sanctioning over 3.1 million houses for the affordable housing segment in urban regions till November 2017. Of this, about 1.6 million houses have been grounded and are at various stages of construction, and about 0.4 million houses have been built under the mission. PPP policy for affordable housing was also announced on 21st September 2017 for affordable housing segment to provide further impetus to the ambitious ‘Housing for all by 2022’ mission. Credit Linked Subsidy Scheme (CLSS) under PMAY was extended to the Middle Income Group (MIG) segment, which got included in the scheme from 1st January 2017. With the enactment of Real Estate (Regulation & Development) Act, 2016, it is anticipated that accountability would lead to higher growth across the real estate value chain, while compulsory disclosures and registrations would ensure transparency.

Buoyed by the Government’s support which includes important Schemes of different Ministries/Departments, the R&D sector in India is all set to witness robust growth in the coming years. According to a study, engineering R&D market in India is estimated to grow at a CAGR of 14% to reach US$ 42 billion by 2020. India is also expected to witness strong growth in its agriculture and pharmaceutical sectors as the Government is investing large sums to set up dedicated research centres for R&D in these sectors.

India’s share in global satellite launch services revenue has also increased to 1.1% in 2015-16 from 0.3% in 2014-15. Antrix foresees greater utilization of PSLV, GSLV and GSLV-Mk-III launch services by the international community for launching their Low Earth Orbit (LEO) satellites.